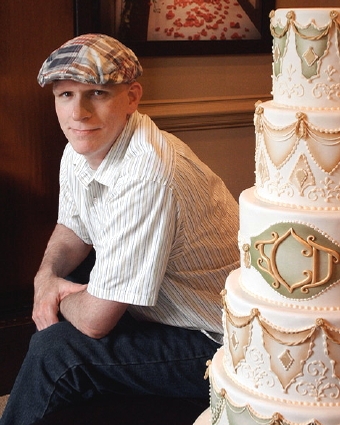 Wayne Steinkopf, with Chuck Hamilton, is co-founder and co-owner of Swank Cake Design, a contemporary cake studio/school in Cary, North Carolina.
With no formal pastry training and only a background in auto body repair, Wayne’s career in cake decorating began in 1988 at a grocery store! 20 years later, after several jobs at commercial bakeries, Wayne finally grew tired of the artistic limitations of working for someone else and decided to start his own business. In 2008, with the help of his friend Chuck, they opened a small cake studio, one that specializes in modern decorating techniques and chic designs. In 2011 they expanded their business to include a cake decorating school.
Swank Cake Design is in high demand from the most discriminating brides in their region, and have earned national attention for their talent. Wayne and Chuck are highly sought after by sugar enthusiasts outside of their region as well, traveling the country several months out of each year, bringing their popular classes to cake shows and other bakeries or schools for students who can't make the trip to North Carolina.
Wayne and his business, Swank Cake Design, have been featured on: TLC's Fabulous Cakes and Ultimate Cake Off, as well as Cake Wrecks ~ Sunday Sweets,The Knot, Style Me Pretty and is consistently voted “Bride's Choice” on Wedding Wire.
♦ To view Wayne's stunning work, please visit  Wayne's website. 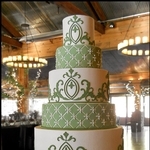 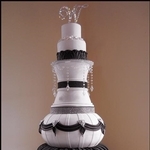 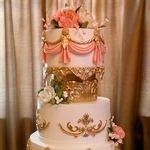 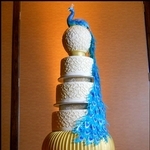 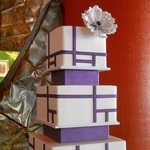