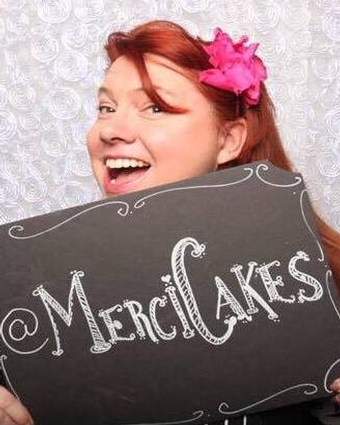 In 2002 Reva officially launched a cake and pastry business, Merci Beaucoup, quickly developing a reputation among Hollywood elites as a high-end cake decorator that accomplishes what others can’t. Her talent landed her a role on the WEtv television show, Amazing Wedding Cakes, and a star was born.
Three seasons later she had became a trusted name in the art of sugar. Reva’s work has been featured in several publications, including Brides Magazine, Wedding Bells, People Magazine, Cake Central Magazine and Cake Masters Magazine.
Her compelling personality and talent have led to appearances on E entertainment, Food Network UK, the Style Network, and she was recently featured on Duff Goldman’s new series, Duff till Dawn, along with being a recent winner of the Food Network’s Cake Wars.
Reva’s work has been featured by Caljava, Icing Images, Renshaw Fondant, Simi Cakes & Confections and The SugarArt in advertising, education and at industry shows.
Reva’s never-ending pursuit of excellence has led her to take-on new challenges, including: expanding her operations to the East coast, developing a book, and sharing her love of the craft through teaching.
Reva is a true “cake nerd” and proudly wears the title.
#mercicakes #cakenerd
@mercicakes on all media platforms
Reva's Facebook page. 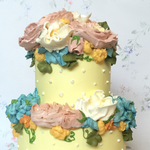 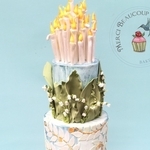 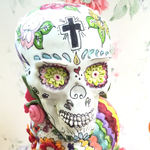 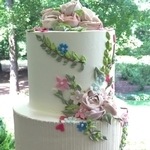 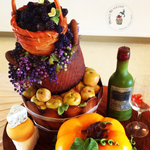 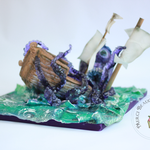 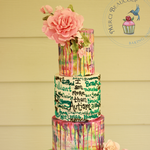 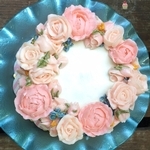 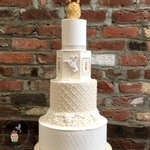 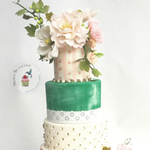